* Why did you choose this class?:
Answer:We played almost all classes in time but one time on Dex server HB chronicle we played this formula and was great both for pve and pvp.


* Approximate, how many hours can you play per day (weekdays/weekends):
Answer:Some of us will play during all day but some have jobs so we`ll be full cp between 17-24 (+/-1h) on weekdays and from morning till night on weekends.Ofc we`ll box eachother so no1 will be left behind for the farm part.

* Are you able to use any voice comm - TS/Vent/Mumble/Skype etc, if so how often can you be on it? Do you get involved or you like to just listen?:
Answer:We have a channel on a TS server where we gather but we hope you can provide a TS/Vent server with a channel for us for daily farm and ofc global binds for clan events.


* Do you know anyone in the clan? Who?:
Answer:Not in person only from last Max servers playing, but talked few times with Trabuc.


* What experience do you have on Raids/Sieges?:
Answer:Rly pros in raiding tho we played mostly C6 (titans FTW) but also played 2 years on a HB server so we know everything about raiding, quests, pve in HB.As for the pvp part except that HB server where we had 200 vs 200 pvps, we played in 2-3 cps clans and did what we could compared to bigger clans.


* Any fraps or screens made by you or includes you?(Name yourself on it):
Answer: No


* What ROLE do you usually play on RPG type of games?
Answer: 9 players= different(all) roles and classes


* Why do you want to join us?:
Answer:Your clan is the only one we try to join BEFORE server start.From playing on previous Maxes we know your ability to play and organise.


* Why should we choose you? What makes you special?:
Answer:We are no specials, but considering the incoming clans on this server 1 experienced CP can allways be a + .


* We like to play a lot of different games not just Lineage2. Are you looking for a Clan just for the "ride" on the current L2 server or would you like to join and be a part of the community?
Answer:We are all Dota 2 players, but because we played L2Max every time we decided to give it a go this time too.Except for L2 we invite you to Dota 2 :)


* Lets say you have a friend on enemy side. Your friend PKs 1 of your clan mates that is currently in your party. Your actions:
Answer:Oh that will hapen alot considering we had clans here and alies but that wont be a problem, this is the game and we`ll fight back to every1.


* Extra information, that might be usefull:
Answer:Just to know, two of CP members (vLd and Poseidon) have aplications on your forum.We could simply change names or whatever but whats the point couse there is nothing to hide.We just want to sure that people will be judgindg objectivelly and not by some biases based on character names and past flames.

We had a small incident last max (or was it 2 max ago) with Poseidon trying to scam some shit drops from rift (saint spear/blue 13 i believe) but hopefully that is a thing of the past. The most important thing in a cp is the synergy and hopefully you have that. One extra cp will make a difference against the incoming competition so you have my +1.

I remember there were some problems with Poseidon (it was all about raiding rage and drops?) and vld... I cannot judge rest basing on that, especially because all happend 2 years ago and ppl can change. As a party you get my + but its not my final decision, i gotta think about it. For now i have mixed feelings.
_________________

To be honest i like your apply and your play style 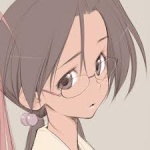 A strong CP can make the difference especially when you have palyed together for a long time and hopefully you have the synergy . I can give my +
_________________

I remeber some of them, pvping around some raids.
I remeber that negro Stratosphere beasting the olympiad with his tyrant.

@GoddessOfDeath wrote:I remeber some of them, pvping around some raids.
I remeber that negro Stratosphere beasting the olympiad with his tyrant.

Stratosphere is the elder for the tribe :)

I remember Tzu offering free hero chat for me and Genocide after oly results on the Max before Domino's. :( ;D
I always liked this kind of shittalk. :)


And a well organised CP would be useful.

Not bad, good classes/ party setup.
I like it you got my +1, but I hope we won't have problems with Poseidon I know he was a kid back then but let's hope things changed.
Note that we're not based on CP system; that's one of the worst things to happen in l2, totally fucks up the clan's chemistry, so you'll have to interact with us more.
Hope you'll fit in fast. Salut!

Well written application, everything seems nice, except for the past problems with Poseidon, hopefully he's changed since then, because like Mewpyzu mentioned we're not fully CP based, so you can't always be the same 9 man group for every event, we might need to mix things up depending on our needs. +1

As long as you maintain a constant contact with the rest of the clan, don't go YOLOL by your selves and only call others for help when it suits you, while not responding to the same calls, we should be ok.
This also goes for raiding/raid drops (even if its just your party killing the raid) and stuff like that, there are certain policies for that and you will be expected to follow them as everyone else does, we do things as a clan.
_________________
[center]The Drama Bringer
┌П┐(◣_◢)┌П┐

This group was created to maximize the gameplay in both cases : solo grup or joining a clan.We played many servers and joined many clans so we are aware that being part of a clan implies to stick with the rulles(rulles=organized clan).Ofc the contact with the clan will be permanent, I repeat, this setup was prepared only for better farming and pvp.As for raiding and other stuffs , that is the reason we want to join a clan, to be part of a comunity and do things as a clan.Tks for the posts till now and we shall talk more if our application pleases you.