* Why did you choose this class?:
Answer:Well , when server launched i thought  that warlock will be a cheap class to equip and lvl, also i can solo  and be usefull in parties.


* Alternative characters:
Answer: Bounty Hunter lvl 48/ phandom sumoner lvl 56( just for ninja summons),
i also have access to some other characters, but i dont consider them mine , they are leftovers from my cp that left the server


* Previous Clans, Servers:
Answer: i played many servers ,  the ones  worth mentioning is Teon/Franz, i was an ElvenElder there named Fairywing.As for clans, hm let me think... i was in Fusion and Megarus(thats on franz) and on Teon i was in ImmortalAlliance.


* Approximate, how many hours can you play per day (weekdays/weekends):
Answer: well thats not  fixed cause it depends on my work, i can safelly say i can play 4-5 hours everyday and 8-12 hours on friday-saturday


* Are you able to use any voice comm - TS/Vent/Mumble/Skype etc, if so how often can you be on it? Do you get involved or you like to just listen?:
Answer:Yes i can use ts/vent, i like to get involved (iam not shy), well some times i like to chill and listen also.


* Do you know anyone in the clan? Who?:
Answer:ive been to  the same clan as Harate when server lanched  till i meet my  (future) cp, we chat from time to time , i cant say i know him though


* What experience do you have on Raids/Sieges?:
Answer: i ve been in many sucessfull raid parties.My cp at Franz used to farm all lvl 75+ bosses  and ninja steal Lilith.As for sieges  well i follow orders, like all suports should on sieges.


* Any fraps or screens made by you or includes you?(Name yourself on it):
Answer: I never made any fraps. The screenshots i took from the  servers i mention here are in an old broken hard drive ( was 5years ago also).


* What ROLE do you usually play on RPG type of games?
Answer:I ussually play support.


* Why do you want to join us?:
Answer:Since my cp left server,iam looking for an active community  that actually wants to achive things except dual boxing all day long.


* Why should we choose you? What makes you special?:
Answer:Well,  iam a friendly guy, honest, trustworthy, i know the game very well , iam not whiner, i dont ask for stuff i dont deserve.


* We like to play a lot of different games not just Lineage2. Are you looking for a Clan just for the "ride" on the current L2 server or would you like to join and be a part of the community?
Answer: Well  to be honest  i want to find an active community for the current server, maybe i like you so much that ill tag along , you never know.


* Lets say you have a friend on enemy side. Your friend PKs 1 of your clan mates that is currently in your party. Your actions:
Answer: ill join the pvp ofc , if my friend cries for xp loss on an x5 server well he is just a noob. 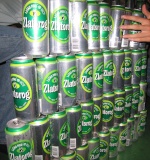