* Class/Level (sub/nobl):
Answer: Well, I'd prefer playing ee, bp, wc even sws to some dds, but I've already decided what to play It's Bishop actually somone else has decided. =) --> Schizo


* Why did you choose this class?:
Answer: I've played over 4years healers and wanna stick playing it, cause it's fan at least for me and I'm kinda great at that. But It's not like I couldn't handle other classes I just love healing and screaming HEAL HEAL HEAL U FAGGOT on TS. =)


* Alternative characters:
Answer: As I already said, I might play all kinds of support from crafter (would be fan) to EE. Well, except BD It's gay class. :D


* Previous Clans, Servers:
Answer:
What I remember from long path in L2.
C4: played on some czech servers and 2years on Teon as solo player.
C5: on Nanaki in clan where C4jk was CL, don't remember name of the clan.
IL: WarriorEmpire
HB: L2max in clans HighSociety and after some "dialogs" we made with few friends own clan and aly with LazyBears
Gracie: RPG x30 in clan PolarBears then 4business and Absolute in Schizo's CP. RPG x5 in Sepheriod and Gawain's CP in clan Absolute, RPG x15 in clan LayLow in Takaros7's CP.

Some of you might know other servers... such as theonline.com, L2renewal, graciefinal.ru, a greek server and many many servers.


* How many hours can you play per day (weekdays/weekend):
Answer: At this moment, I've one year off. No school, no work, nothing. Lets say when I wake up about 7am - 9am I'm able to play till 2am - 3am which is quite a lot of times I guess.


* Are you able to use TS/Vent, if so how often can you be on it?:
Answer: How often? Every single time when I'm at pc or ingame. It should be rule number one, be on TS/VT, at least listen to ppl what they say. And yes I can talk I'm not a monkey which can only jump and eat. :D And I quite love talking on TS about other stuff than L2.


* PC Specification (Processor/Ram/Video card):
Answer: I've got no wooden a PC at all, It ins't even a PC. You mean if I can handle CS/PVP? There is no problem. You can check that.


* Do you know anyone in the clan? Who?:
Answer: Actually, I do. Schizo and Adina, GoddessOfDeath, Sutko,Despot (if he still plays), some new guys like Only, M3rphy, KartoX dunno who else.


* What experience do you have on Raids/Sieges?:
Answer: Plenty, I started playing many years ago It's like 8years ago? Played all chronicles and I think, I know, that I have some experiences to give you, can assist with RBs and Epics. On IL there shouldn't be too much to assist you know, titans with full buffs and hit hit hit hit. But when It comes to other chronicles like Gracia It's much funnier than on IL. :D


* Any fraps made by you or includes you?(Name yourself on it):
Answer: No, I'm not the type of player who is recordering every pvp, tbh I'm just too lazy to make a movie.


* Why do you want to join us?:
Answer: Becouse I know some guys from this clan and this clan from old times of L2max. I'm not the type of player who is waiting till a server starts and see how the clan goes on cs/epics/pvp, I want to help to make it all happen with my helping (only with my being or helpout. I just wanna spend a time playing with guys who are trying to beat a server even they fail and fail again and never give up and laughing at the rest of a server.


*Why should we choose you? What makes you special?:
Answer: I'm not quite special, as a soldier you give orders and I follow, as a person I'm polish hater, as a player I'm friendly and helpful, don't like solo playing, can use brain O_o and I could be useful for you guys.


* Lets say you have a friend on enemy side. Your friend PKs 1 of your clan mates that is currently in your party. Your actions:
Answer: When it comes pvping is nothing like friendship becouse you want to win and want to look like u won the server. :D About pking such as BS and shards, when you farm and that friend comes and kills you becouse he couldn't find a better place becouse full of randoms, then I should act like member of clan and help my clanmates. Ofc, It's difference when they pk each other becouse they like this way of playing L2.


* Extra information, that might be usefull:
Answer: Sutko still doesn't talk on ts/vt?! :D
I would say I'm just normal guy who finished high school and getting a break from school. And you might want me to remake this my apply becouse I'm such a talker and could write hours this apply!! =)

Hope you will like this apply at least a bit, Cheers.

Took you a while to put this one up xD but it shows.

If we take your funny English aside, its close to perfection.
I think you will be a great addition to our crew and Schizo already vouched for you.
Good job.
_________________
[center]The Drama Bringer
┌П┐(◣_◢)┌П┐

This guy is sexy!

+1 for "BD is gay class" just to sexually harass Dark

His a pro player. Played with him mucho times.
Actually donno why he needs to apply :O

Anyway to be serious. Good app , good class and if schizo says you're good, then you're good, but I will keep an eye on you ... you offended me after all.

Just take a look on a dark elf male and what you see, he looks like Michael Jackson in tights. :D I bet you will be playing BD female as most ppl in the word becouse of "boobs". :D


Anyways thank you for possitive votes. <3 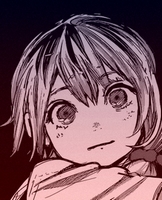 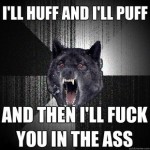 Similar topics
» How to apply Drop Shadow to your Images: Photoshop (any version)